As an advocate for survivors of sexual and domestic violence, cases of  such violence in the news usually catch my attention. Recently, there seems to be a considerable number of cases involving Black male celebrity perpetrators.  The Game, The Dream, Columbus Short and Michael Jace are just a few of the Black male celebrities who have recently made headlines for various acts of violence including assaulting a pregnant woman (Dream) and murder (Jace).

So where are the calls to boycott Floyd Mayweather’s fights? No protests of Terrence Howard’s films after multiple incidents of domestic violence? Advertisers aren’t fleeing from VH1 after learning that the Game broke his ex-girlfriend/reality TV co-star’s nose in front of their children?

That mainstream feminist have little to say when it comes to violence against Black women comes as no surprise. For far too long, intersectional issues have remained marginalized within the feminist movement. Still, where is the outcry within the Black community? Within the culture of Black feminism/womanism?

Nothing new under the sun, right? Domestic violence is not a new phenomenon—in any community. Celebrities committing acts of domestic violence isn’t new either. Ike Turner, Philip Michael Thomas, James Brown and Wilson Pickett have all been engaged in acts of violence against their romantic partners and remained supported by the Black community in general. Understandably, keeping such behaviors out of the public eye was considerably easier before social media allowed for almost instantaneous galvanizing around virtually any issue.

So why the relative silence? Why the lack of social consequences for Black (in this case celebrity) men for violence against women?

It occurred to me that there appeared to be a commonality among the victims of these male celebrities. Is it possible that this common trait factors into the response of the Black community? How is it that Black celebrity men assault women with few to no adverse effects on their careers? What I noticed was that among the victims of Black celebrity men, dark skinned women were few and far between. That is to say that Chris Brown, Columbus Short, Michael Jace, Dream, Floyd Mayweather, Chad Johnson, Terrance Howard (multiple assaults against multiple women, Flavor Flav and The Game have all been involved in acts of violence against women who were either very light skinned, or not Black.

Does colorism play a role in the Black community’s response to domestic violence committed by Black male celebrities? Is it possible that the skin tone of the victim minimizes the act in the Black community? If their victims were blessed with the skin tone of Alek Wek or Lupita Nyong’o, would these perpetrators face social sanctions? Perhaps it’s easier to distance many of these women on the basis that they aren’t “really Black”? Is it plausible that, in a time where the media reinforces the notion that Black men are a rare find, these light skinned and/or white women are viewed as getting what they deserve for taking away another good Black man?

Let’s flip the script for a minute. Imagine for a moment that a prominent white male celebrity physically assaulted his Black wife. Would the response be any different? Would we still flock to George Lucas’ movies if he assaulted his wife? Robert Deniro? Still jam to Robin Thicke’s music if he abused Paula Patton?

The message we send to Black girls and women of all hues? The message is that when white people say anything considered offensive we want them to pay. When white people harm Black boys and men, we hold them accountable. When Black women are harmed by Black men, for various reasons, we are willing to overlook it and continue supporting these men. So Black girls, speak up when someone hurts you—unless he happens to be a Black man. 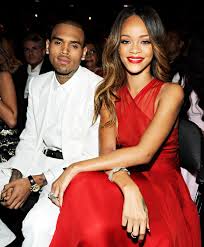 I Woke Up Like Dis– Published! (Re)Teaching Trayvon: Education for Racial Justice and Human Freedom

We Wear The Masks: On Being Mary Jane and Black Women Code Switching For Sanity and Survival

I Love My Natural Hair–For All The Wrong Reasons