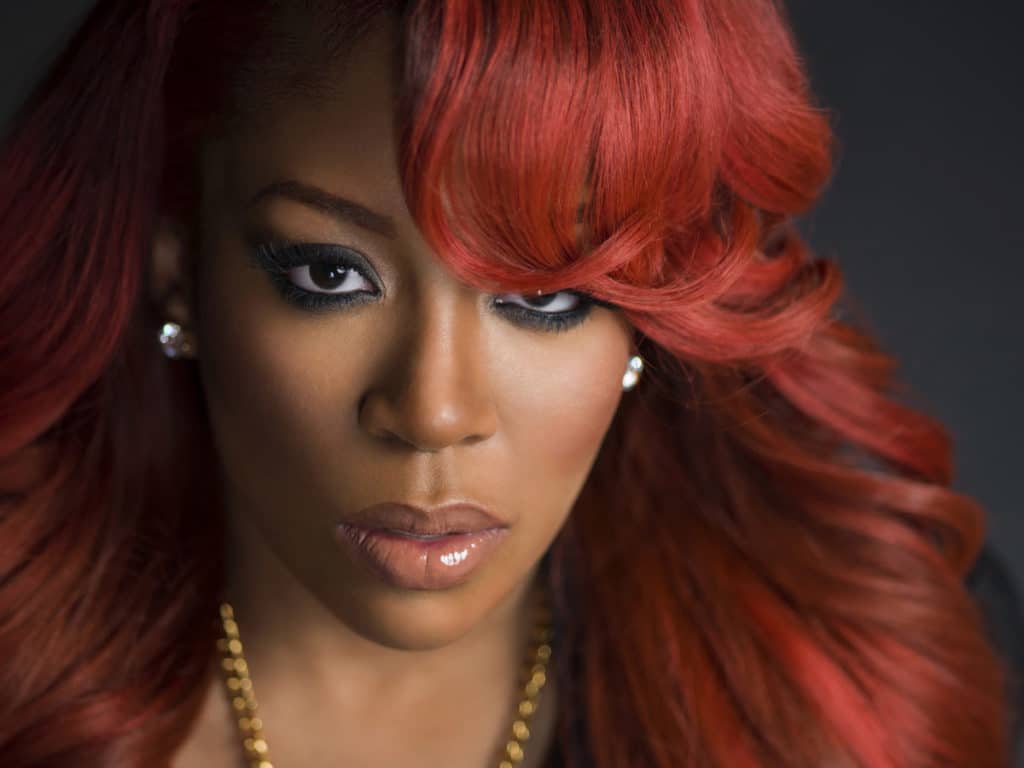 Between (Reality) TV and Real Life: On Black Women and Abortion

I was watching the Love and Hip Hop reunion last week and something occurred to me. Somewhere between Olivia Pope and Amina Pankey by way of Mary Jane Paul and K Michelle, Black women are having, and talking about, abortions on TV.

Round about last fall, near the intersection of reality tv and Shondaland, we saw a Black woman get on a table, have an abortion and then go back to her job and life without seeming to miss a beat (Olivia Pope). We saw a Black woman reveal the abortion she had kept secret from her family for years (Mary Jane Paul). We watched a Black woman express regret about having an abortion (K Michelle). And we followed along as a Black woman made the decision to terminate a pregnancy while simultaneously declaring that she did have a desire to have more children (Amina Pankey).

What we didn’t get is a “face” of a woman who has an abortion—rightfully so. The women on TV, like women who make such decisions every day, were of varying socioeconomic classes, relationship statuses, education levels, geographic regions and ages. The only thing they shared for sure was race and the fact that each one was faced with a decision to make as to whether she wanted to become a mother (again). And each one had her own reasons for coming to the decision that she did.

We also didn’t get to see the challenges women face when they decide to terminate a pregnancy. States have enacted a myriad of barriers to women’s access to abortion. 28 states require that women undergo counseling followed by a mandatory waiting period (18-72 hours) before she can have an abortion. 38 have some version of parental consent or notice for minors with some requiring the consent of both parents. Only 17 states allow for public funding of medically necessary abortion with 32 states +DC having public funding in case of life endangerment, rape or incest. Even with private insurance, 11 states restrict coverage of abortion through private plans. 45 states allow health care providers to refuse to perform or participate in an abortion and 42 allow institutions to refuse to perform them.

That’s a lot of numbers (my source and more details here). And women who are making difficult decisions about their health must consider all of them. Add those to the TRAP laws that regularly shut down abortion clinics and what you have is a situation where a woman would have to take unpaid time off from work, find transportation to the nearest clinic (hours away in many instances), have a counseling session and then be forced to come back 1-3 days later to actually have the procedure. That means either a hotel stay or traveling back home and then making the trip again. Women in abusive relationships might have a hard time getting away twice. This all assumes that she can come up with the money to have the procedure (about $450).

Here is what we know. Women will always have access to abortion. The question is whether they will have access to safe abortions. Several recent cases before the Supreme Court will determine whether already restricted access becomes even more restricted (Texas v. Whole Woman’s Health and Zubik v. Burwell). In places where abortion restrictions increase, there is an increase in the number of Google queries for “how to self-abort” and “how to have miscarriage.” Since the beginning of time women have turned to their environment, their medicine cabinets and their non-formally trained friends for solutions to terminate a pregnancy.

More of what we what we know. When access to safe abortion is denied, women of means can afford to travel to places where it is available. Salaried employees can take time off to make multiple visits as required in many states. Women of lower socioeconomic status are the ones who will find themselves with less safe options. And those women are disproportionately women of color.

Black women need to be talking about reproductive health. And that means we need to be talking about abortion. Because no matter what your stance on abortion, when women don’t have access to safe procedures, Black women are more likely to suffer. In our day, it’s hard to remember terms like “back alley abortion” or understand the significance of coat hangers. Both of those resulted in the deaths, or sterilization of women who didn’t have real choices about their reproductive health.