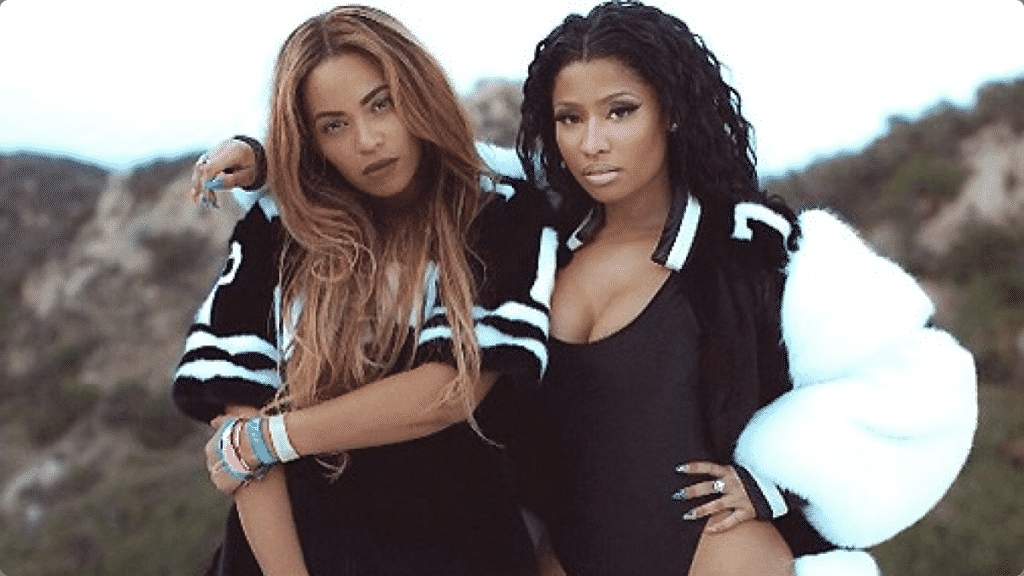 Hip-Hop culture has long served as a medium for counter discourse, providing a voice for groups and individuals who are often marginalized within mainstream culture and media. In this tradition, women in Hip-Hop utilize the platform to bring awareness to intersectional experiences and issues specific to women of color. In the spirit of the griot, women in Hip-Hop provide a comprehensive account of the history of Black women, the impact of public policy on the lives of Black women and the metaphysical dilemma of “bein’ alive, bein’ colored and bein’ Black”. While many of us have yet to solve that dilemma, Hip-Hop is a viable avenue by which to begin such work (props to Ntzake Shange). As early as Roxanne Shante’s 1985 track, “Roxanne’s Revenge”, women have used rap to talk/push back within the male dominated sphere of Hip-Hop culture and larger patriarchal, classist and sexist publics.

In the years following “Roxanne’s Revenge,” women in Hip-Hop have digitally discussed a myriad of topics including, and certainly not limited to, motherhood (Lauryn Hill), safe sex (MC Lyte, TLC), sexual abuse (Angel Haze), sexuality (Lil’ Kim), domestic violence (Eve), verbal assault (Queen Latifah), and potential suitors who don’t meet their standards (TLC). Similarly, contemporary female Hip-Hop artists utilize their art to express their own experiences—personal, social, and political. So what are these concerns and shared experiences of Black women today as exhibited through the music of Hip-Hop female artists? What if any, is the role of Hip-Hop music in the quest for Black women’s equality? This series will examine such through the work of Hip-Hop artists including Nicki Minaj and Beyoncé Knowles-Carter. In particular, their respective albums, The Pinkprint and Beyonce, serve as points of departure here to examine the intersectional experiences of Black women in areas of sexuality, agency, reproductive justice, identity, violence against women, standards of beauty and activism. While it can be argued that Beyonce’s work is categorized as Pop music, her usage of rap, collaborations with rappers (including Minaj), and production lend to contributions to Hip-Hop culture.

With a title reminiscent of Jay Z’s iconic album The Blueprint , Nicki Minaj had to deliver with The Pinkprint. While the former title implies that Jay sought to set the standard for a great rap album, the latter (in conjunction with the album cover) alludes to the uniqueness of Minaj’s album. The Pinkprint is as distinctive as Minaj’s fingerprint. It is perhaps our first real glimpse of Onika Maraj. Long gone are the multiple personalities, voices, wigs and clothing gimmicks. Neither Roman nor his mother makes an appearance on The Pinkprint. One could argue that the other identities are rendered unnecessary when Nicki chooses, or is allowed, to embrace the vulnerability of expressing herself through her lens. If prior albums are representative of Nicki’s disassociated or compartmentalized self, The Pinkprint is the re-membering of Minaj. 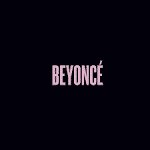 In the same way, Beyonce’s self-titled album is a reflection of her identity—Beyoncé the woman, mother, daughter, wife, singer, Houston native, feminist, ratchet chick, grown woman, icon and sexual being. Sex, sexuality, motherhood, marriage, and even her relationship with her mother are all explored on the album. Beyoncé (rightfully) finds no contradiction in singing a ballad about her daughter Blue on one track, rapping on the next before moving on to lyrically recalling sex in a limousine with her husband. Absent is the appearance of the internal struggle of displaying multiple facets of her self. Beyonce, the woman and the album, embraces the inextricably intertwined components of her identity as she defines herself on her terms. 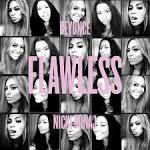 Their respective albums and collaborations highlight the individual and collective impact of Beyoncé and Nicki. Beyonce’s own declaration that her most recent album release Beyoncé “changed the game with that digital drop” amounts to much more than hyperbole. Her reach is indicated by the album debuting at number one the U.S. Billboard 200 and selling over 600,000 domestic digital copies on iTunes alone in the first 3 days of release despite no prior promotion. That figure is even more impressive when considering that the album sold over 400,000 copies on the first day after dropping at midnight (December 13,, 2013). By comparison, Lady Gaga’s album, released a month prior, sold just over 250,000 copies in the first full week of release after extensive promotion. NIcki Minaj’s The Pinkprint debuted at number two on the Billboard 200 with a first week sales total of 244,000 copies. To put that into perspective, Iggy Azalea’s rap album, The New Classic, sold 52,000 copies in the first week of release.

While the commercial sales of an album has indications of success, there are other significant markers for such within the Hip-Hop community, among them is the ability to foster discourse within the Hip-Hop counterpublic and larger public spheres. Both Minaj and Knowles-Carter’s albums got the streets talking and can be considered successful under that standard. So what’s the word at the intersection of Black womanhood, millennial feminism and Hip-Hop? I’m glad you asked. Stay tuned for Track One: “This Ain’t Your Momma’s Feminism”

When the Village Fails the Child: The Death of Kuantrae Massey