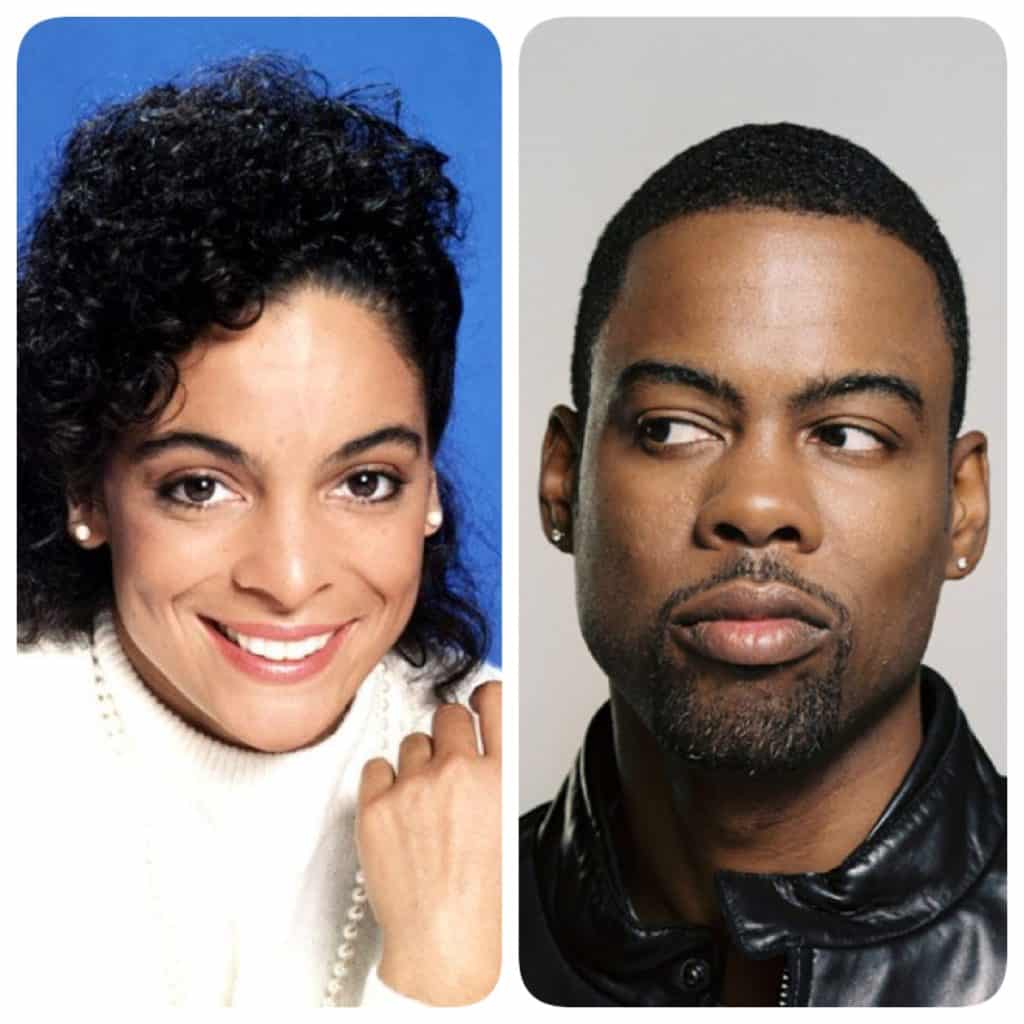 You might know that I love me some A Different World. If we’re friends or you read my last blog post you may have gathered that Whitley Gilbert is my real life cousin in my head and possibly inspired my bedroom decor. Of course by “possibly” I mean I’m still looking for a satin sleep mask to complete the ambience (and my beauty rest). So it makes sense that I would look to her for some reference to make sense of this whole Chris Rock hosting the Oscars thing. By “thing” I mean the part where the Academy has long shown disregard for people of color. All of them. The Academy is an equal opportunist when it comes to leaving out folks of color. Black people. Latinos. Asian people. Basically, the Oscars got a paper bag test using a manila folder. I’ll get back to Whitley. Now for some context.

You know the history. In the 88 years the Academy has been presenting gold statues to folks deemed to be the best in show, you can count the number of Black people who have received the prestigious awards on your fingers. Holding a cup of tea in your other hand because you don’t need all your fingers. Chamomile. I need to calm my nerves. Because racism. Sexism. And the intersection of all that means #Oscarssowhite.

So I was in my feelings when, after a year of stellar movies written, directed and starring Black people, none of them made the cut (i.e., Idris Elba-Beasts of No Nation, Michael B. Jordan and Ryan Coogler-Creed). To be clear, while none of the Black actors, writers or directors involved with those films made the cut, Oscar nominations went to white writers involved with one of those well-performing movies (Jonathan Herman and Andrea Berloff were nominated for best original screenplay-Straight Outta Compton).

Much like Jada Pinkett Smith, I wasn’t here for it and was certainly on board with not watching an awards show that blatantly disregards the talents and contributions made by people of color year after year. I didn’t watch last year for the same reason. Fact is, while I understand the politics of Hollywood, I’ve long wondered why people of color keep getting dressed up to show up and be ignored.

Given the extreme lack of inclusion among Oscar nominees, it’s interesting that they chose a Black host this year– Chris Rock (Rock has hosted before). By interesting, I mean strategic. Without nominees of color, their respective communities might boycott. Unless they have a reason to tune in. Like a Black host. That is to say that while the Oscars have had Black hosts before, a white host this year would have made the mostly white affair that much more obvious.

I heard, and read, a few arguments for watching the show despite the lack of inclusion. Most of them seemed  based on the idea of watching to see Chris Rock “give it to them.” Some viewers of color believed that Rock could use the event as a platform to speak out about the issue. I’m not really convinced that works. Because master’s tools.

So there I was trying to figure out whether it made sense to tune into the events at the Oscars to watch Rock resist racism by performing and subsequently increasing the ratings. And that’s when I asked myself— WWWD (what would Whitley do)? Because I binge watch A Different World almost every weekend, it didn’t take my mind long to recall chapter and verse for the reference I needed— season 3 episode 14. That’s the episode where Whitley goes to an upscale store to buy a gift for her daddy and is treated rudely by a sales rep who clearly reserved disrespect for customers with brown skin. In an effort to show the woman that she did indeed belong in the ritzy establishment, Whitely purchased an insane amount of jewelry including a gaudy watch that she admitted her father would never even wear. After some education and enlightenment from her squad (Freddie, Kim and Jaleesa), Whitely came to understand that the woman’s treatment of her didn’t warrant reward by improving the company’s bottom line. She ultimately returned the items. At the end of the episode, we see the sales rep called into her supervisor’s office where we imagine she was reprimanded. Because money talks. And companies care about their bottom line even when they don’t care about inclusion.

Which brings me back to the Oscars. In continuing to show up at the Oscars (in person and tuning in at home) I feel like we buy an expensive watch every year to prove that we belong. The Academy ends up with the big fat commission. And #OscarsSoWhite will trend next year. Again.

Diversity Project Annual Retreat- The Adversity of Living Black, Brown and Othered in the U.S.A.