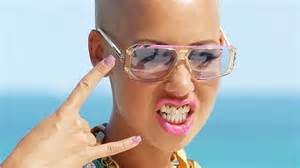 Momma had a policy she utilized to teach us (and other folks) to respect her and to understand what behavior would and would not be tolerated–the Get Jacked Up Where You Act Up Act of 1979. I wasn’t around for the comment period on those regulations. Not that it would have mattered. I know, ‘cause she said so.

The enforcement of my momma’s policy went something like this–one of us would forget who raised us and step out of line in public. Said behavior was then met with either a swift backhand or a verbal lashing that made you wish for the backhand. Whispered. The verbal thrashing was always administered through clenched teeth so while you were the only one who heard her, the message was clear, “If you embarrass me– I will embarrass you. It is a competition and I will win.” Momma been petty longer than I’ve been alive. Maybe even longer than she been alive. You might say she got an old petty soul. I digress. And I’m precariously close to getting that backhand.

We learned a lot from the application of Jacked Up Where You Act Up. Most importantly, we learned to treat my mother with the respect that she demanded. It’s so deeply embedded that I’m slightly afraid the last few lines of the previous paragraph will warrant a phone call when she reads it. I digress again. The point is, my mother understood that teaching people to respect her required meeting them where they were and where they chose to act up/be disrespectful. It wasn’t enough to say, “Wait until we get home.” We needed immediate consequences in the space where said transgressions took place. Act up in church, get jacked up in church. Act up in school, get jacked up in school. The same applied to other folks. Teacher hit me with a stick in front of the class, my mother snapped in front of the class. And then she notified the school district, the superintendent and maybe even his momma. That was his last year teaching.

Fact is, my momma’s policy wasn’t proprietary. It had been passed down from her momma, who got it from her momma, who got it from her momma and probably dates well back to when the family tree stops at names like “Mama Susie.” See, Black women been teaching folks how to respect us since we stepped foot on this land. And while we sometimes employ a dual method of instruction (see momma snapping and then writing letters), it is usually the public lessons people remember. Like that time I called my momma out for lying to the cab driver about our ages so she didn’t have to pay extra. My lip still hurt.

Since I ain’t one to buck family tradition, my children grew up under the Get Jacked Up Where You Act Up extension of 1994. They know the whisper well. Now as much as my momma (and I) deemed it necessary to teach children to show respect, there is a certain pleasure in teaching other folks. That’s where you have the freedom to get creative. Momma is an artist. So when that teacher hit me and momma came upstairs to snap—oh she volunteered at my school so she was already in the building, you must have thought she was playing with them folks about her kids— she also grabbed the first man around (another teacher’s brother) and brought him upstairs with her. While my momma loudly informed my teacher that she would have his job for putting his hands on me, the well over 6ft tall brother stood in the corner silently. Of course my teacher assumed he was my daddy and figured that any man married to my momma had to be even crazier than she was and I’m pretty sure I remember him throwing himself at her feet as he apologized profusely.

Sometimes it was a little more subtle. One of the neighbors says something out of line at the block party and momma ever so sweetly follows up by asking the neighbor what’s taking her husband so long to come back with the ice knowing full well that everybody present know the neighbor’s husband is three blocks over with his other girlfriend. She didn’t invent it but momma perfected the art of “don’t come for me unless I send for you.” Because old petty soul. But the neighbor learned not to play with her and so did anyone listening.

Nowadays, they got a new term for the Jacked Up Where You Act Up Act. Millennial Black women still have to teach folks how to treat us (because intersectional oppression) and since social media gives people one more venue to act up in, it also gives them one more place to get jacked up. Enter the Clapback Act. Even if you’ve never heard the term, you’ve watched its enforcement in action. Nicki Minaj’s “Miley, what’s good?”–Clapback. Miley got jacked up where she chose to act up–in public. At the VMAs. Necessary Clapback. See what had happened was, Miley inserted herself into conversations on the experiences of Black women in music and then had the nerve to call Nicki an angry Black woman while simultaneously co-opting Black culture. Nicki’s Clapback makes the hall of fame because she thanked her pastor before she sent for Miley. Because God knows her heart. Rihanna’s “Bitch Better Have My Money”–Clapback. Rih’s accountant messed over her coin and she responded with a track/video that took Clapback creativity to another level. And like my momma, Rih is also a fan of the dual method (she snapped and sued her accountant, ultimately settling for $10 million). That Clapback+ paperwork combo ain’t no joke and is usually reserved for the most egregious offenses. $10 million is about as egregious as it gets. Her accountant acted up with her money and her rep, she responded accordingly.

I live for Clapback. Makes me homesick. Sometimes I peruse social media just to rate Clapback on a scale of lightweight shade to my momma would be proud. And trust me when I tell you that the queen of jacking folks up where they act up is none other than Muva Rose herself. Amber Rose shuts it down. Every time. See Amber ain’t got time to be filing no paperwork or writing letters so she goes for the jugular in her verbal attack. And while she might not always whisper, she ain’t never got to yell.

Yesterday, Muva had to teach Kanye through Clapback. Again. See, Kanye has a thing for slut shaming Amber. Even when she has nothing to do with a given conversation he just be like, “Cam is a beast on the field. Amber Rose is a dirty stripper.” Kanye acted up on Twitter. Kanye got jacked up on Twitter. The memes are hilarious. Creative in its simplicity. I can almost see Amber’s clenched teeth as she delivered the blow in under 140 characters. At this point, one of two things will happen. Kanye will learn to stop disrespecting her or she’ll start talking about where the bodies are buried. Either way, much like the folks momma had to teach, he will eventually learn.

Muva, my momma would be proud. 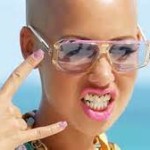