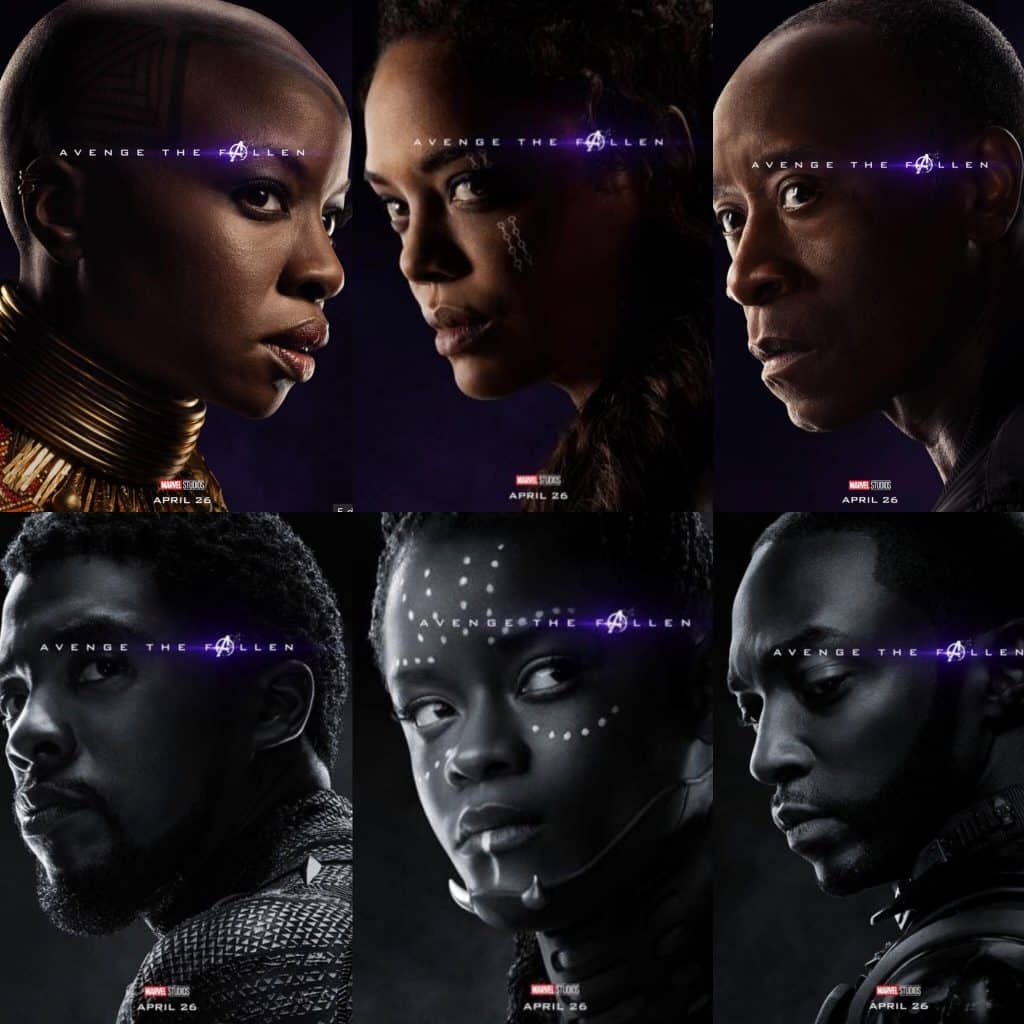 First of all, spoilers. Because this is a review of sorts. Where I’m talking about the movie. So spoilers. Get out now if you don’t want to know what happens.

Third of all, I ain’t finna fight with none of the Marvel comic purists about this. Just know I said what I said.

For real though, spoilers without warning are horrible and people who act like everybody should have seen the movie already are folks who don’t understand just how much privilege permeates every aspect of our lives. That said, this is another reminder that spoilers are coming. If you don’t want to spoil the movie, bookmark this and come back afterwards. End rant.

This ain’t my first time at the rodeo though. I wrote about Thor Ragnarok and Black Panther. Because I love me some MCU. Been waiting on this for a long time. Like every fan, I went into Endgame with high expectations. I wanted a good storyline and even better action. But ain’t nobody tell me I was finna get some MCU Black girl magic. To be fair, girl power was all up and through there but you know who I be rooting for. Everybody Black. And nah, we ain’t claiming Gomora. She green. Not Black. And we don’t even claim Zoe in real life. So there’s that.

Of course Endgame is not three hours of Black girl magic. Not even 30 whole minutes of it. Sheeit, not even 15. But y’all know I am always looking for the magic. I just watched 70 hours of Game of Thrones and came away from all those white people and I just want to write about Missandei. But we didn’t even need that much time to see the MCU evolution. It’s Black y’all. Ok, Black(er). And finna be even Blacker. How I know? Well, I seent it with my own two eyes. Plus all the people who died was white. And two of the mantles passed went to Black people. Bout time the universe realized not all the moviegoers are white and the rest of us ain’t finna keep paying $14 to see white male superheroes every damn time. They kicked MCU off with a rich white dude and ended the reign of the old heads with Black Panther, Captain Marvel, Valkyrie 1 (or Thor Ragnarok) and passing torches to everybody but white rich white men. Back when I watched the older Avengers and solo films, I remember being happy about the Black men whose faces I knew I’d see consistently but I didn’t know how good it would feel to see Okoye, Shuri, and Valkyrie alongside Falcon, Fury and War Machine. It felt good y’all.

TLDR: This ain’t your momma’s MCU. Endgame was absolutely about the end of an era. And with that comes the inevitable dawn of a new day.

The moments that stood out for me:

Natasha getting the hero moment she deserved. Like any other case of a woman getting what she deserves, she literally had to fight for it.

Gomora coming with the aid and assist for her sister even though they currently beefing but helping her because she trusts that they will heal sometime in the future. Some of y’all will get that in the parking lot. But if you look straight ahead, won’t nobody know pastor is talking to you.

Shuri’s presence. When Wakanda showed up, we first see T’Challa, Okoye and Shuri. And by Black Panther and Dora Milaje standards, Shuri ain’t no killa. She’s the brains of the operation. Because of that, she is necessary. All the vibranium in Wakanda ain’t no good if you don’t know what to do with it. Little Black girls get to see layered Black women/girl superheroes who smarter than most folks around them, who can do things no one else can and kick some ass.

The moment with all the women on the battlefield. I had whole damn tears in my eyes and I am not ashamed. Whole 3 hours would have been worth it for that alone. And thinking about how that will feel for little girls watching is enough to make me tear up again. Ok, I did cry again.

Asgard got a Black woman King. While Thor was (unhealthily) processing Thanos’ wiping out half his friends, somebody had to lead Asgard. And Valkyrie said what so many sisters say every day, “Fuck it, I’ll do it.” Then she did, even though she wasn’t expecting any credit or recognition. Also, I low key like that Thor never refers to her as a queen. He just calls her a leader.

Falcon got that shield y’all. And it’s made of vibranium so I mean the shield is really just coming home anyway.

Oh. Captain Marvel was there too. I just don’t like her y’all. Not even a little bit. I ain’t sorry. I digress.

It wasn’t until I went to edit this piece that I actually realized none of the moments that stood out to me were about white men. And maybe that says less about me and more about the movie. Or vice versa. I’m okay with it either way.

It was bittersweet to say goodbye(ish) to some of my favorites but I can’t think of a better way to do it than with the ushering in of a new guard. One that has evolved. There are little kids whose first Marvel experience was Black Panther. Babies who got to see many versions of people who look, live and love like them on the big screen. Children who came to know Thor *and* Valkyrie at the same time. Black girls who get to root for War Machine and Falcon and not feel left out. And there are a whole lot of grown folks having the same experiences for the first time.

Turns out the gag is that Endgame is really just the beginning.