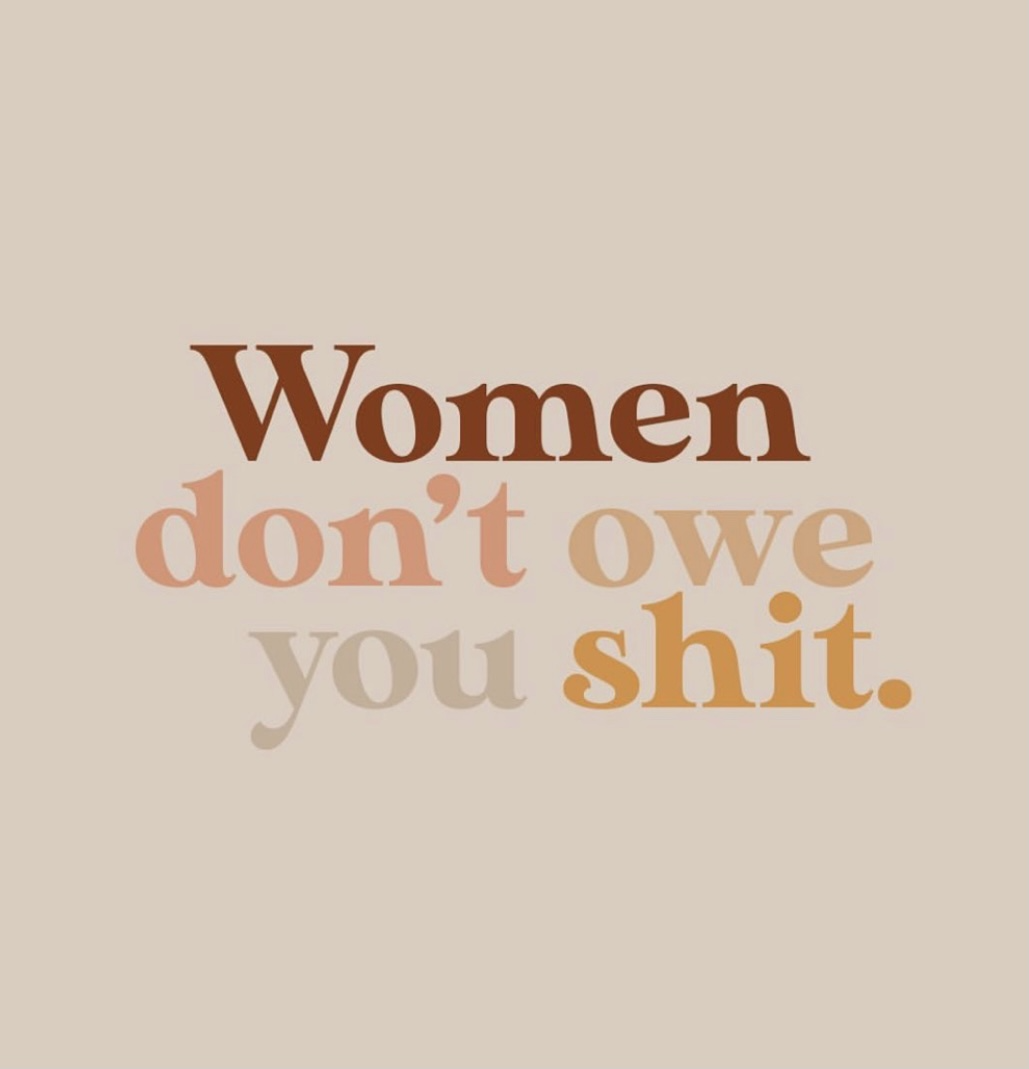 He slid into my inbox with compliments I’m sure he expected me to be grateful for or at the very least to be polite about receiving. Said I was an example of how a Black woman should be. I explained that first of all, the notion that a Black woman should be any one way was exactly what my work pushes against. And third of all, he could keep his compliments since from experience I knew they came with the expectation that I’d also accept the critique that was sure to come the minute I did anything that fell outside of the “wonderful, refined and polished” box he’d constructed for me. He insisted that he was free to critique me regardless of whether I accepted it. For good measure he threw in one more compliment and a smiley face emoji. He’s half right but not the half that matters. Of course people are free to critique me. I imagine many people do it all the time. Well not that many, I am a Leo and we are pretty much perfect humans. Slight digression. But what they not finna do is send unsolicited critique about my actions or emotions to my inbox or voice it any other space that belongs to me.

This man, someone from my old neighborhood that I unfriended on Facebook years ago for the same behavior, woke up and chose foolishness. A whole 8 years after we last interacted. But he’s not alone. I’ve seen lots of versions of him throughout the years. All taught that women should always politely accept their compliments. Revel in them even. They be shocked as hell if they say you pretty and you respond with “I know.” They’ve come to understand that after many of us spend years internalizing the world’s hatred of women, some of us have also internalized the idea that we should be thankful for compliments. They set us on fire, offer a teaspoon of water and then pull out more matches in the form of critique.

I wasn’t even sure I’d write about this and then I was minding my business on Rihanna’s internet during a bout of insomnia and came across one of Halle Berry’s recent Twitter posts. It was actually a simple post. “Women don’t owe you shit.” The misogynists came out in droves.

“You forgot where God made you from huh. no Baby [sic] you owe us and don’t you forget it.” ~kimba1blklion

“Women like this are from jezebel direct descendant.” ~ Rileyfiredou

We managed to get religious justification for misogyny, the Jezebel and Sapphire tropes all less than 15 tweets into the responses. Of course unoriginal folks also brought up the fact that Berry was married multiple times. As if that was relevant to whether women owe men shit.

None of it is surprising for anyone who has lived as a marginalized gender in this world. Especially the ones who also live Black.

All of that plus Sir Blocked-a-Lot’s behavior reinforced that there are still so many folks who don’t get it so I’d like to be clear in reiterating that women don’t owe men shit. I don’t owe men shit. I don’t owe that man shit. No woman does. Men are entitled to nothing in return for their compliments, presence or mere existence. There shouldn’t be anything controversial about that. But here we are in this the year of our lord and savior Blue Ivy Carter and a bunch of men are using Rihanna’s internet to remind us any attempt to reform patriarchy is futile. We just gotta take the matches from the men and burn the whole system down.

Almost Risked It All For a Hug: Intimacy in a Pandemic