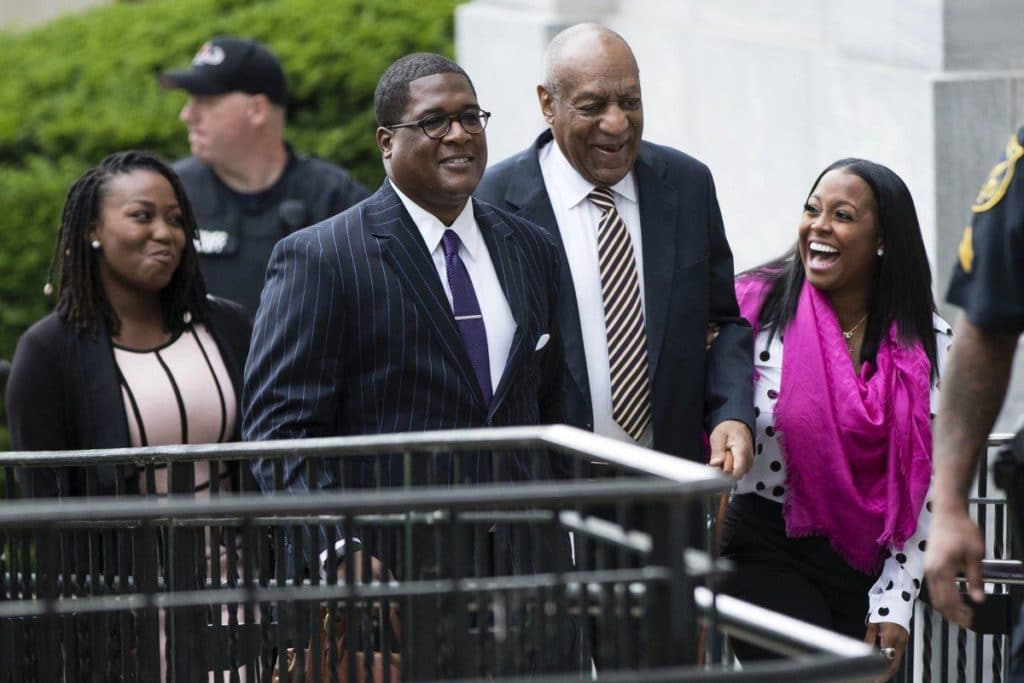 Rudy Huxtable Really is Like a Play Cousin, Right Down to the Part Where She Stands By a Sexual Predator

If you’re an 80s baby (or late 70’s), chances are you grew up watching The Cosby Show. And if you’re a Black girl, chances are that Rudy Huxtable was your real life cousin in your head. She was a Black girl just like us. And she was on TV. Saundra and Denise were cool but my brown skinned self just didn’t see myself in them. Plus they was too old to relate to. Saundra’s Princeton experience wasn’t nowhere on my radar or the radar of anyone I knew and Denise was just all over the place. But I know I spent many days trying to get my hair to look as full and fluffy as Rudy’s. Rudy wanted boobs right around the time I realized I still didn’t have any (or was that yesterday?). She had to deal with another little girl in the house after many years of being the baby (my baby sister-cousin came along after 10 years of me being the only girl. It’s not like I’m still holding that grudge). Rudy had real life issues like me. Well, except for the part where her family lived in a multi-million dollar brownstone, had health insurance, a two parent home, none of her friends and relatives got shot and no one she knew was on drugs or serving time for the marijuana that rich white men can now legally sell. But those were just minor details to my child self. In some ways, my cousin Rudy helped me see that there was a different way to live life, even if I would never experience many parts of hers.

Thing is, Rudy’s life was actually a lot more like mine than I knew. See all that time, folks in the Huxtable family had a sexual predator in their midst. And while not everyone knew this (certainly not child Rudy), someone did and they chose to remain silent about it. Fast forward and the world now knows that Rudy’s daddy’s real life self is a sexual predator. We now know that Bill Cosby used his fame to victimize dozens of women and likely even more than that given the numbers of women that do not disclose sexual assault for their own valid reasons. One of those reasons being that society treats survivors quite horribly, especially when the perpetrator is a well-known and well-loved celebrity like Bill Cosby. Because you know, sexual assault allegations are really just a distraction from the fact that he was about to buy NBC. Insert hotep directed eye roll here. We really need a hotep eye roll emoji.

And I imagine that finding out her TV daddy was sexual predator was hard for the now woman, Keshia Knight Pulliam, we all knew as child Rudy. It had to be psyche breaking difficult to find out that someone you know and love is capable of such. But Keshia isn’t child Rudy anymore so when she walked into a courtroom today in support of a man she now knows to be a sexual predator, it was problematic. And when she does so laughing and smiling with him, it’s beyond problematic. Is there anything about a rape case that provides an environment conducive to laughter? *Also, I’m not going to argue with folks about his guilt, he admitted, in a sworn deposition, that he gave women quaaludes with the intent of having sex with them. What do you call sex with someone unable to consent by virtue of being under the influence of drugs? Rape. It’s called rape. And yes, I will conflate all forms of rape and sexual abuse here because they have the same root cause and can only be stopped by the folks who perpetrate the behavior but we all have a responsibility to stop the culture that allows them to thrive.

Like the whole Cosby cast family, we got so much reconciling and reckoning to do. We have to do better by survivors. We have to take a stance on rape culture. We have to end victim blaming and shaming. We have to let survivors know that we support them and that we value them far more than outside appearances. And it won’t happen unless and until we start implementing social and familial sanctions for sexual predators.

Jordan Edwards and the Privilege of Ignorance

All I Ever Needed To Know About Life I Learned From Cardi B: On Life Lessons From Bodak Yellow