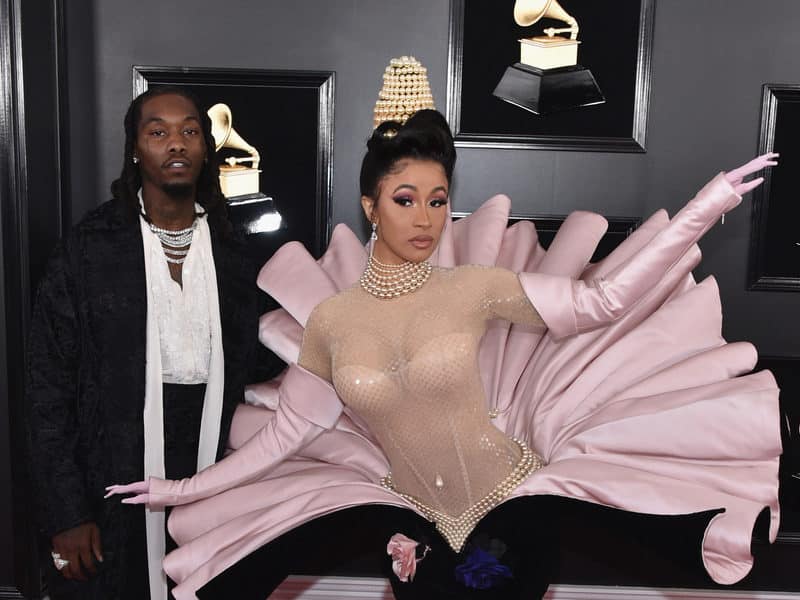 My cousin won a Grammy y’all. Made history when she became the first solo female rapper to win the Best Rap Album category. So it’s only right that I let y’all in on a few more life lessons we’ve learned the during the rise of Belcalis Marlenis Almanzar

Stay with it. You might toil for years. Put in all the work and it seem like it ain’t paying off and then you get the track that changes everything. You get your Bodak Yellow. We turning corners in 2019. Can’t tell you how many times I’ve been ready to stop blogging. Felt like I had been at it for years and just wasn’t reaching folks. But every time I was ready to legit give it up, a sister would message me to say something resonated and that would remind me that I started blogging to reach one woman. Just one. I have to remember why I do what I do. And so do you. My timeline is filled with sisters who have done just that. From sisters who pursue their art after a career in nursing (love you GiGi) to sisters who started knitting in grief and now reach thousands of people with their gift (love you GG). It’s a beautiful thing to watch. Cardi is where she is in large part because she didn’t give up no matter how many people thought she was “just a stripper.” We watched as folks refused to take her seriously. And still, she kept going. Find your reason for persevering and stick with it.

Everybody ain’t rooting for you sis. Look, a whole lot of folks are mad at you winning. Let ‘em stay mad. Your job is to make sure they got a reason to be upset. Somewhere, somebody real mad at your success. Best thing you can do is ignore them and keep winning. Unless they make you fight at a Harper’s Bazaar party in which case you turn that into a fire (literally) cover for the same ritzy folks. We ain’t even got to spend a lot of time on this one. Summer almost here and you need to make sure you got at least 16 more haters by then. Get busy.

Ride with who you wanna ride with until you get tired or the wheels fall off. Everybody got something to say about whether Cardi taking Offset back. And I like the fact that she didn’t explain anything. Just showed up with him and brought him onstage because she wanted to, in part because of how much he helped with her album. On that note, sometimes you do gotta put your man on punishment, but don’t be ashamed to let him out the corner when you feel like it, on your terms. Cardi’s win was about Cardi, not Offset. So maybe he learned a lesson about crashing her shows and making it about him. When Cardi was accepting her award and prior to that on the red carpet, Offset seemed happy to just be there and support. And maybe some of that is him repenting for cheating but hey, Bey literally had Jay at her feet. Let folks make amends how they see fit. And also like Bey, when Cardi is ready to forgive him, that’s up to her. She don’t owe us nothing and certainly not her marriage. Do you sis. And let folks do them. Because minding your business is free but minding mine might cost you.

We Are Still Losing: Chicago Homicide Rate Hits 500 Mark in 2012