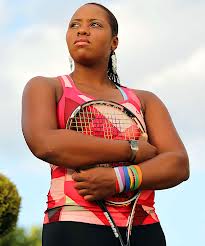 Defeating France’s top seeded player, Taylor Townsend just became the youngest player to advance to the 3rd round of the U.S. Open in the last 5 years.

Townsend’s success on the tennis court opens the door to many discussions about Black girls and more specifically Black girls in urban cities. Townsend is from Chicago, Englewood to be exact (South Side!). There is much to be said about the resilience of Black girls in urban settings. Much like the legendary Venus and Serena, Townsend hails from a city known for violence, poverty and other social pathologies. But Townsend shares another characteristic with one of the Williams sisters. Not unlike Serena, Townsend is thick. Black girl thick. The distinction is important because it denotes the cultural relativity of body types.

Not everyone in the tennis world thinks such a body type fits the universal model of what a female tennis player should look like. Just two years ago, the USTA refused to fund Townsend’s tournament travel expenses until the then 16 year-old lost weight. The USTA also requested that Townsend skip the U.S. Open Jr. tournament and denied her petitions to enter the U.S. Open main draw and qualifying tournament.

Let’s not forget, Serena Williams herself has taken much flack for those who lack an appreciation of Black female body types. Serena’s record should be enough to silence any such discussion but there are those who still believe that tennis skirts are made for thin women. Williams solved that too—she often designs her own outfits. In much the same way she forged a blueprint for another young Black girl from the city who happens to be Black girl thick.

We are Black girls and women. Some of us are skinny and some of us are thick. In either case, we simply do not look like Anna Kournikova. Most importantly, we don’t always play like her either.

Townsend’s mother Sheila sums it all up when she says, “Tennis is an individual sport and there are individual body types.” Perhaps the best illustration of this is the success of Venus and Serena who have very different body types. The former being thin enough to be considered skinny by some and the latter epitomizing Black girl thick. 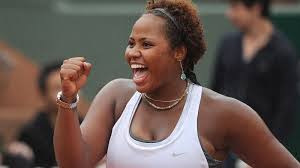 Showing Up and Showing Out

Why I’m Not Chasing the Marriage Carrot: On Derrick Jaxn, Paige and Chris and Not Choosing Marriage