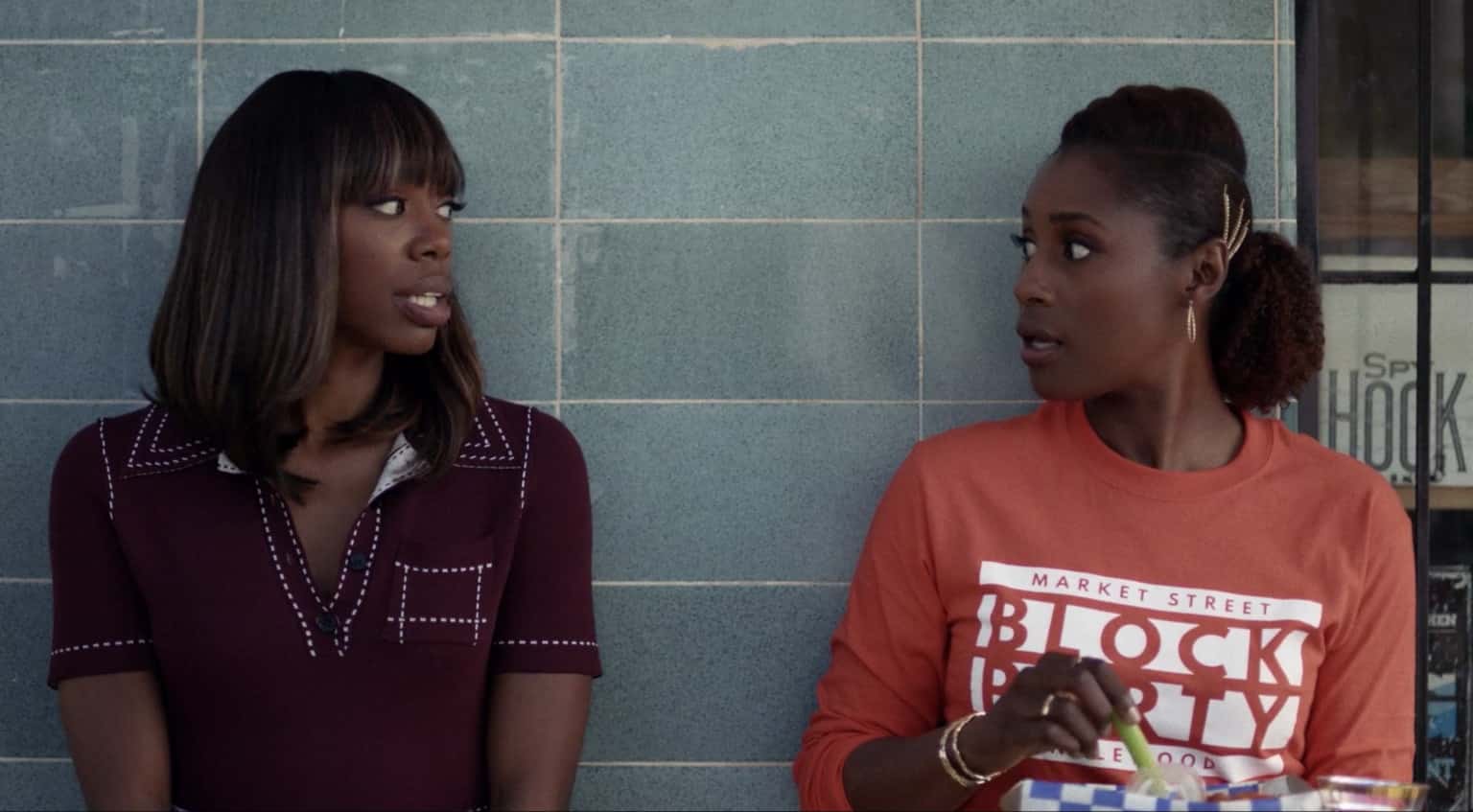 Before I start, lemme preface this by saying I’m still high off watching Yvonne Orji’s comedy special “Momma I Made It,” so maybe I’m conflating Molly and Yvonne and feeling all warm and fuzzy when I shouldn’t be. Maybe it’s the gewürztraminer. Because the last few weeks I was all #teamIssa #Mollyaintshit. And now I’m wanting them to make up. Either way, this what you getting because this what I got.

So, I had a falling out with a friend a short while back. Not the dramatic type with yelling and a cussing out of spirits. I don’t do that shit no more. A falling out nonetheless. She said she needed a break and I’mma whole ass Leo and a Thurman, so I saw her break and raised her the beginning of the end. Now, for specifics that you will never know, my reasons for being done also included the fact that during the argument she exhibited a particular behavior that was quite simply a sore spot for me and touched on my perpetual fear of folks minimizing my pain/stress and painting me as some “strong” Black woman capable of withstanding more than the average person. We all got our triggers. And while I do believe we made the right decision for ourselves individually and collectively, in thinking about Issa and Molly and me and my former friend, I’m reminded of one thing.

We give these niggas way more chances than we give our friends.

For real, if my friend had been my man, we’d have probably had the blow up and then been figuring out how to work through it. And we would have called it healthy communication or conflict resolution or some post therapy-esque shit. I mean I ain’t even in a relationship but my lil friend certainly gets a lot of grace. To be fair, my lil friend ain’t got a problem admitting they wrong and apologizing. Also make up sex. So there’s that. But I can think of a few folks I have dated that certainly didn’t deserve to be forgiven over and over again. Or even once.

But we be doing it. Yeah, I said we. So what would the situation have looked like had my friend been my lil friend instead of my friend? Maybe I would have explained that behaviors exhibited during the argument reminded me way too much of behaviors I had seen from toxic folks in my past and I would not tolerate such going forward. Maybe I would have considered that my friend was falling back on behavior she learned from toxic folks and been patient as she unlearned those behaviors. Maybe we would have taken a couple of days and then come back to the table when emotions had calmed. Maybe I would have explained that a number of people minimize my pain/stress and responses to such and that it wasn’t something I could deal with in relationship with folks close to me. Maybe a lot of things would have been different.

But here is where I might maybe contradict myself a bit. Or here is where the warm and fuzzies and gewürztraminer might be wearing off. Because while I firmly believe that we should consider where we can extend more grace to friends and certainly not be giving niggas chances they don’t deserve, I also think you got know when to fold ‘em. With friends and lil friends. On this side of 40, I’m not really trying to see if folks gon be toxic again. And Molly been lowkey toxic for a while, it just culminated in a public ass blowout. And I’ll be damned if anybody gets me to that point. For their own sake. It’s also possible Issa and Molly knew they had grown apart and were just holding on because they had history. Humans do that. But history ain’t never been a good reason to hold on to nothing. Even once-close relationships can, and sometimes should, come to an end. And sometimes they are worth working through the issue so long as toxicity ain’t the issue.