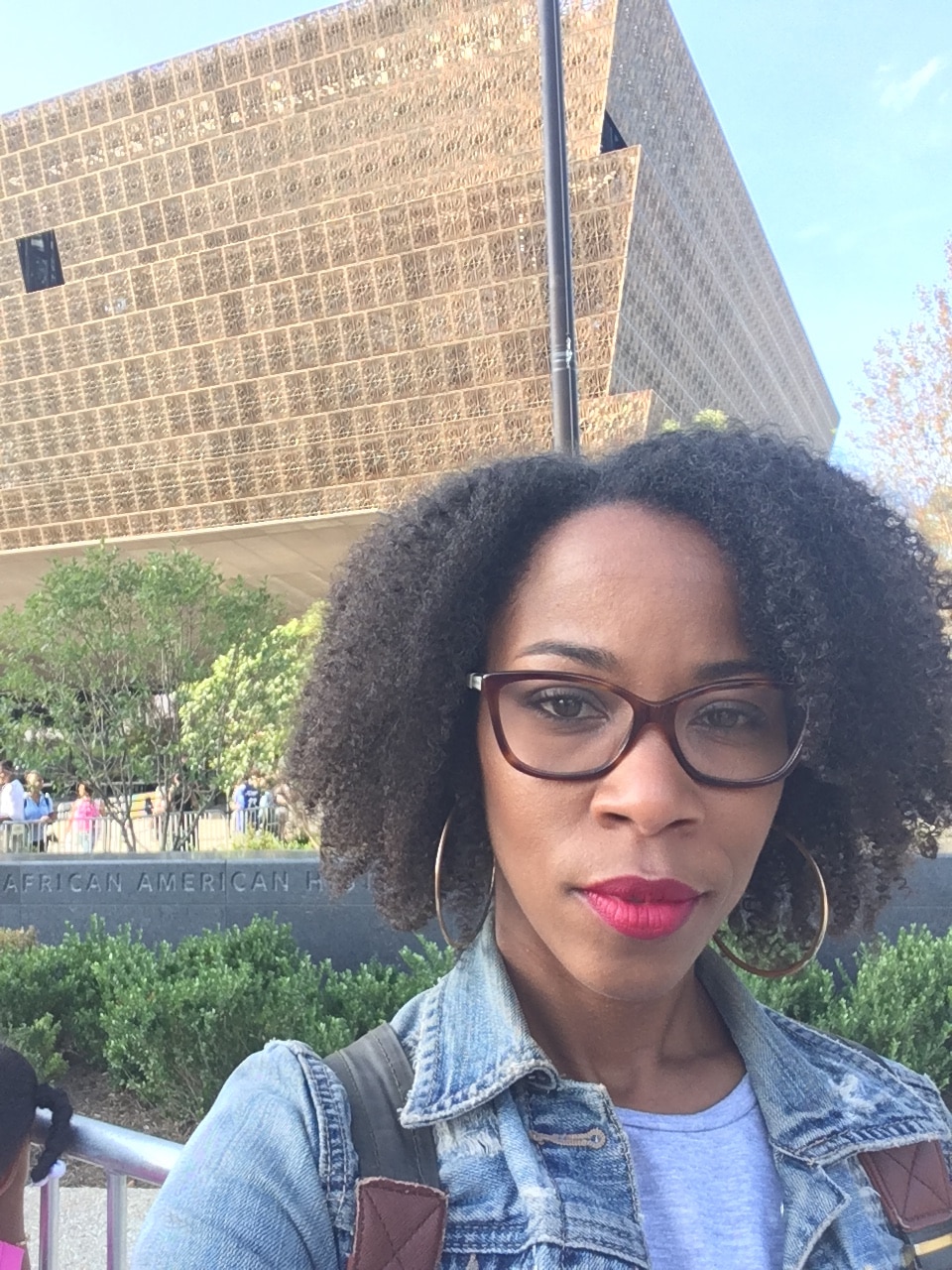 When I first heard about the National Museum of African American History and Culture (NMAAHC), I was concerned that like too many other spaces, Black women would be marginalized. Relegated to a few mentions, artifacts and a placard about Rosa Parks. But Oprah and Ava. And Oprah and Ava money. If Queen Sugar tells us anything, it’s that these two women are making it their business to tell our stories. I gotta say it was touch and go with Oprah for a while but lately she been coming through with all the Black+woman-a refusal to dichotomize our experiences. The NMAAHC prominently features the service and works of Black women— The National Council of Negro Women, Mary McLeod Bethune, Dorothy Height, Shirley Chisholm, Audre Lorde, Venus and Serena Williams, Wilma Rudolph, Debi Thomas, Rosa Parks (with mention of Claudette Colvin), are a few that I remember seeing.

But let me back up a bit. Prior to visiting the NMAAHC, we attended the Dedication and Freedom Sounds Festival on the National Mall. All the Blackness. Drum circles, Stevie Wonder, Patti Labelle, Angela Bassett (why she so fine?!), Oprah. Course it would have been even Blacker if they had sang the Black National Anthem. I’m giving you the side-eye, Mr. President. All the side-eye. No “Lift Every Voice and Sing?” No “To Be Young Gifted and Black?” You too, Michelle. You know how we do it on the Southside. I’m only gonna chill on that because of the free concert that night with Public Enemy and The Roots. Blackness. Complete with Flav having the crowd give one collective middle finger to racism. Literally. #middlefingersup Public Enemy put it down but I got my life with The Roots. The baddest band in the land. No disrespect to Ray Chew and the Crew.

I don’t want to spoil it too much for anyone so here are the few thoughts I jotted down on my phone which was pretty much on 1% the entire time I was there since I essentially stayed for the length of a full workday with no lunch break. But mostly because I just wanted to be present. I’m glad I was.

1) Ruth Odom Bonner, the daughter of a slave rang the bell at the museum dedication. Because that’s how recent slavery is. The children of slaves are still alive and walking this earth. Never forget.

2)  Min. Louis Farrakhan appears to have been erased from history. Admittedly, there was a section I didn’t see but in several places where it seemed appropriate to feature, or at least mention, him (the exhibit on the Nation of Islam, 2 other sections on Muhammad Ali and the multiple places Malcolm X was featured) he was noticeably absent. Bill Cosby made the cut.

3) Started at the bottom now we here— is what I should have said. I highly recommend starting on the lower level of the museum and working your way to the top. And make sure you catch Ava Duvernay’s short film in the Oprah Winfrey theater. Loved it. We explored from the top down and had to rush through the lower level. And wear comfortable shoes. We spent a full 8 hours in the museum and still didn’t see every inch of it.

4) The museum is interactive with tons of mixed media. Something for all types of learners though the bibliophile in me longed for more text. I imagine young people will love that part.

5) President George W. Bush was there. Because he signed the legislation authorizing the museum. Even a broken clock is right twice a day. Of note, Hillary Clinton wasn’t there.

6) Let me find out they had #Beckywithnoseasoningsalt in the kitchen. If there was one thing about the museum (and festival) that fell all the way short– it was the food. You walk into this cafe that boasts foods from Black culture from all over the country. My mouth watered at menus with shrimp and grits, catfish po’ boys, soul food and more. Against my doctors orders, I loaded up a plate with the most beautifully brown fried chicken, some mac and cheese. They ran outta yams. How I’m ‘posed to eat mac with no yams? But I was willing to forgive that because it was pretty late in the day. But when I bit into the golden brown of that fried chicken, I was all the way disrespected by the lack of seasoning. It didn’t even have a little bit of salt. At $20 for my plate, my wallet was disrespected too. And then there was dessert. Tons of cookies and fruits tarts. But no peach cobbler! No bananas pudding! No sweet potato pie! Patti was there. We couldn’t at least get a Patti pie? They say Carla Hall consulted on the menu. Didn’t she say she don’t even know how to cook soul food? As you can tell, the food had me in my feelings. Rant over.

7) I can’t wait until all the tourists go home so I can enjoy the museum in peace. Or at least without 30,000 people around me.

8) The views are amazing. From almost every vantage point outside and inside the museum. Make sure you take a look at the view of the Mall from the top floor. But everywhere you look there is something to take in. Quotes, overhead films, windows, elevated exhibits. You just might spend a lot of time looking up. You won’t mind.

9) It was pretty much like a Black family reunion. We met sister/cousins at the museum, festival and at the concert. Bonded through the Blackness of our shared experiences and had a good time passing time in the lines and waiting in line at phone charging stations.

Overall, I had a great weekend at the festival and the museum. The exhibits on music, dance, theater, press, sports and literature provided a necessary balance with those on war, slavery, Jim Crow. Did I learn anything new? Not really. But I’m also pretty well read. Did I have a great time reminiscing on many aspects of my culture? You better believe it. Did I enjoy fellowshipping with my people? All day. It’s a great point of departure for more in-depth research and dialogue around the kitchen table. Or tv. I pretty much live at the National Museum of African Art (like really because my family room is full of art from the museum gift shop), and I love the African American Civil War museum so the National Museum of African American History and Culture is a nice addition to the list. I plan to enjoy it often. Soon as all the tourists go home. Or at least 50,000 of them.

An Open Letter to My Girls: For Sheila, Ericka, Risha, Karen and Shannon